Wanted to get us all caught up ....  May has been a very busy and exciting month! I just returned from Chicago, where I debuted my brand new children’s book, Footloose, at the BookExpo. I sang the new kid's lyrics to the All New Footloose with my "little brother," Chris Rodriguez, 'n then did a book signing.

The idea for the new Footloose came about when I was pitching a memoirs idea awhile back, and ran into Charles Nurnberg at Quarto. He was the guy who talked me into singing Frosty the Snowman a couple years ago. Or was it 3 years ago? I forget. Anyway, he asked if I’d thought about doing a children’s version of Footloose, ... and off I ran.

So the book is about how Jack, (yep, the same Jack as in, "Jack, get back. Com'on before we crack") who is now the zookeeper, lets all the animals out to dance, every full moon! Wolves in top hats and canes, llamas in their tutus, rhinos, snakes, cats, kangaroos, giraffes, tiger cubs, monkeys and more—dressed in their dancing best—all ready to party by the light of the moon.  After the visitors leave, that's when Mr. DJ Elephant pumps up the music! But two kids sneak in and watch from the background with their little binoculars and a backpack full of sandwiches. It's really a fun story!

There's tons of great illustrations by an  amazing artist  – NY Times Bestselling illustrator Tim Bowers. He 'n I clicked immediately. I think he really captured the new story and the characters. I can’t wait for you all to see it this fall!  Here's one of his pictures.

It'll come out October 18. There's a CD inside, with the new kid’s version of the song and a three song-medley of traditional songs that my dad sang to me when I was a kid. 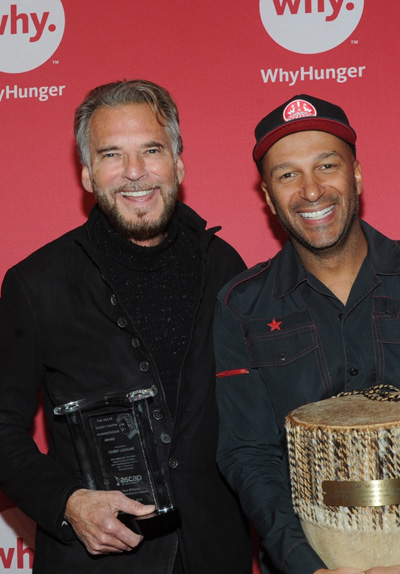 After the BookExpo, I headed east to New York City, where I had the very humbling experience of being one of this year’s recipients of the ASCAP Harry Chapin Humanitarian Award at the annual Chapin Awards hosted by WhyHunger. The event honors social movements changing the world and recognizes artist activists making a difference in the fight against hunger and poverty. Other honorees that evening were the incredible Tom Morello, of Rage Against the Machine and Audioslave, and social movement partner Landless Workers Movement.

For one out of seven Americans, and one out of four children in America, hunger is a reality. I share WhyHunger’s belief that access to nutritious food is a human right and hunger is a solvable problem.Their work focuses on the root causes of hunger, and they invest in grassroots-led solutions and social movements that fight not just to get food on the table, but fight for social justice as well.

As you all know, children’s rights is a cause very dear to my heart. Over 21 million kids benefit from free and reduced school meals during the academic year, but only 18% participate in the government’s summer meals program, which leads to childhood hunger spikes in the U.S. during the summer months.

So, this summer, I’ll be helping out with WhyHunger’s Summer Meals Rock for Kids program to connect kids in need with free, healthy meals all summer long. As an artist ambassador, I'll help spread the word about this critical, under-used resource and get more kids connected with the nutritious food they need to have a happy and healthy summer. I believe it will be the start of a wonderful partnership!

I have some other very exciting projects in the works that I can’t wait to share with you as news comes in. For now, I can say that I plan to release three new children’s albums in the near future – an up-tempo record, a lullaby record, and a still undecided third record.

I won’t focus entirely on children’s projects though; keep an eye out for some upcoming TV appearances, a coffee table lyric book, a project withGrammy® Award-nominated artist Thundercat and Mike McDonald, and of course, a second album from Blue Sky Riders!